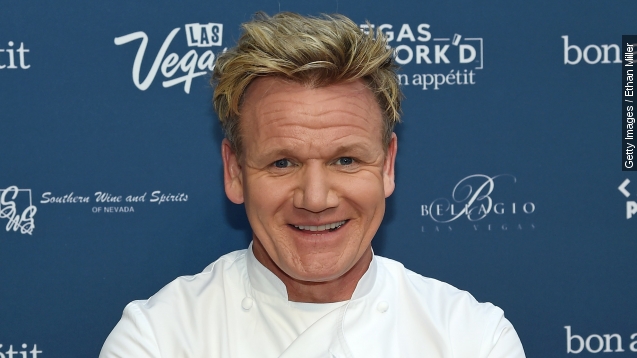 SMS
Things Get (Over)heated When Ramsay, Daughter Visit Show
By Christine Slusser
By Christine Slusser
August 5, 2015
"The Late Late Show" host James Corden challenged Chef Gordon Ramsay and his daughter to a cook-off, and the duo's dish went up in smoke.
SHOW TRANSCRIPT

Chef Gordon Ramsay and his daughter Matilda were challenged to an English breakfast cook-off against "The Late Late Show" host James Corden.

You'd think it'd be an easy win for Ramsay and his daughter, who goes by Tilly, since they both have their own cooking shows. (Video via Fox)

"What are you doing?" Tilly Ramsay asked her dad on the show.

"Sorry," Ramsay said as he fanned the smoke.

That was Ramsay's way of getting the bacon crispy. They must do it a little differently overseas.

And after seeing that clip, it may be a surprise that the Ramsays' final dish didn't look half bad. Corden's didn't, either.

But the headlines aren't focusing on the results.

'Cause after all that smoke came a fire.

Ramsay is being a good sport about it. He even retweeted the show's "smokey bacon alert" message.