Dreaming Of A White Christmas? These US Cities Expect It 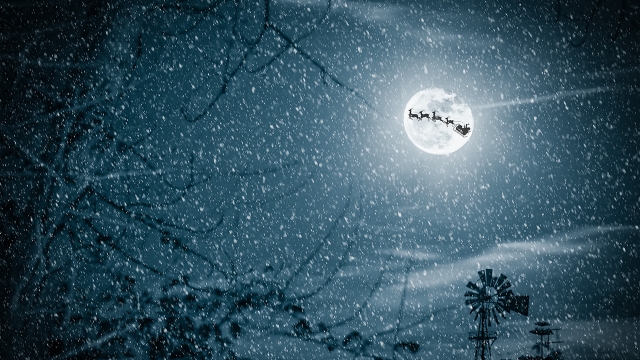 There's something magical about a white Christmas. And while most of the country doesn't get one every year, there are a few cities almost guaranteed to see snow on Dec. 25.

The National Oceanic and Atmospheric Administration found the following cities to have a 91- to 100-percent historical probability of at least 1 inch of snow on the ground on Christmas Day.

Its residents see plenty of snow each year. Duluth gets an average of 18 inches every December.

Next is Winthrop, Washington.

The city takes advantage of all its snow by advertising itself as the "nation's largest cross-country ski area." And the snow is sure to stay around for a while, since Winthrop's average high temperature in December is still below freezing.

Let's travel over to Aspen, Colorado.

Residents can begin seeing snow as early as September. Aspen's average snowfall total for December is around 24 inches.

Marquette, Michigan, also has a pretty strong chance of a white Christmas.

The city has long been included in lists of the snowiest U.S. cities. Marquette sees an average of more than 165 inches of snow each year.

Throughout December, an average of about 18 inches of snow falls on the city.

We'll take those cities over Mount Rainier, Washington, any day.

It snows there an average of about 56 feet per year. So while a white Christmas is probably very likely, you also might be buried in it.