These U.S. Cities Have The Greatest Income Inequality 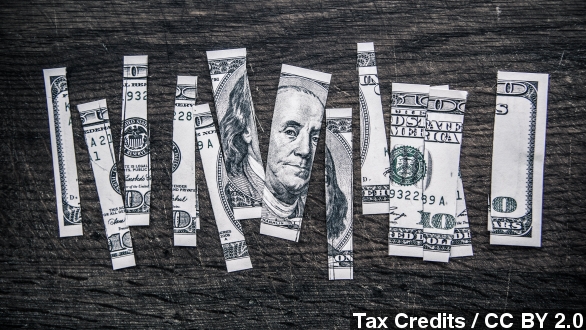 SMS
These U.S. Cities Have The Greatest Income Inequality
By Danny Matteson
By Danny Matteson
March 24, 2015
The Brookings Institution released a new report that shows the income gap between rich and poor is widening more in some American cities than others.
SHOW TRANSCRIPT

The gap between rich and poor is a big hot-button political issue, and some American cities have a bigger gap than others.

A new report from the Brookings Institution looks at income disparity in the U.S. from 2007 to 2013.

The study found the gap between the rich and poor had increased in 21 of the 50 biggest U.S. cities during the Great Recession and during recovery.

As Brookings writes in the report, “From 2012 to 2013, the inequality ratio widened in both cities and the nation overall, as incomes at the top grew somewhat faster than incomes at the bottom.”

So which city had the largest economic disparity? That would be Atlanta — for the second year straight. The Georgia capital had a 95/20 ratio of 19.2, meaning some of Atlanta's richest folks are about 20 times richer than their poorer peers. (Video via Expedia)

Quoted by Marketwatch, the Brookings study's author said, "Atlanta is a study in contrasts. It is on the one hand a city with a very successful information economy. ... [It's] also a city with very deep poverty and is highly segregated."

On the flipside, the U.S. cities with the least economic inequality according to the study were Virginia Beach, Colorado Springs and Mesa, Arizona, in that order.