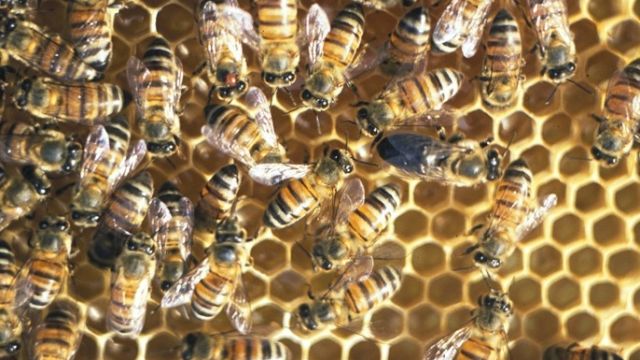 This honeybee population proves what many of us already knew — girls run the world.

Researchers have proven that a population of Cape bees living in South Africa has figured out a way to reproduce sans the dudes.

We probably don’t need to remind you most animals reproduce sexually and therefore need both a male and a female to produce an offspring. But honeybees have a bit of a different approach.

Queen bees mate with a drone, or male honeybee, during their so-called "seasonal mating flights." The fertilized queen then forms a new colony by laying eggs inside a honeycomb. Some of those eggs are fertilized and hatch into female worker bees or queens. Some aren’t fertilized — those eggs hatch into drones.

But this particular population in South Africa doesn't need the drones or a "seasonal mating flight." Researchers say they lay eggs that are fertilized by their own DNA.

We still don't know why this happens in Cape bees, but the how is becoming a bit more clear.

After comparing the entire genomes of a Cape bee and a regular honeybee, researchers found several genes have big differences.

A researcher studying the population said: "The question of why this population of honeybees in South Africa has evolved to reproduce asexually is still a mystery. But understanding the genes involved brings us closer to understanding it."

This video includes clips from National Geographic and PBS and images from Getty Images. Music provided courtesy of APM Music.