These Social Security Benefits Could Keep Some People From Buying Guns 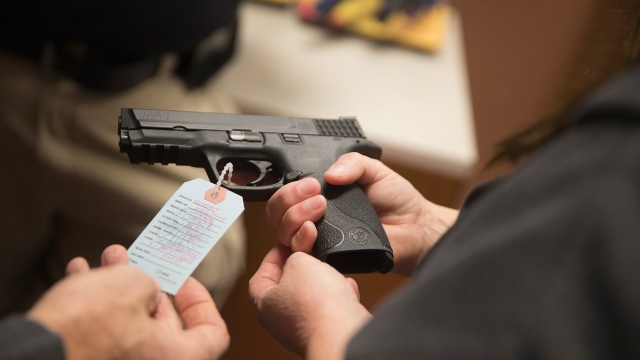 The Social Security Administration is proposing a rule that would keep people who receive disability benefits for mental illnesses from purchasing guns.

The plan involves the SSA reporting people who receive benefits for mental health conditions to the FBI's background check system.

The agency screens for several conditions, including schizophrenia, psychotic disorders, personality disorders and substance addiction disorders when deciding if a person is eligible for benefits.

It's similar to an existing policy within the Department of Veterans Affairs that can submit veterans with diagnosed mental health issues to FBI background check systems.

However, the VA policy also allows veterans deemed incapable of managing their own funds to appear on the list. So critics argue the rule blocks people who aren't actually a danger to the public or themselves from buying guns.

Before that change, heath care privacy laws banned providers from submitting those records without patient consent.

This video includes a clip from The White House and images from Getty Images.