These Mosquitoes Carry Malaria And Can't Be Killed By Poison 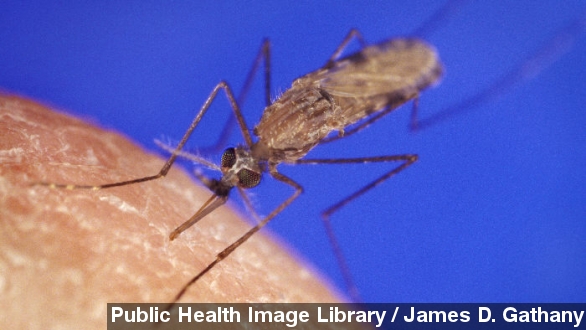 If there's one universal thing we can all agree on, it's that mosquitoes suck — literally and figuratively. And now, they "super" suck.

By which we mean a newly discovered insecticide-resistant "super mosquito" has been discovered. Everybody should probably panic.

According to a press release from the University of California, Davis, two malaria mosquito species in Mali led to this "super mosquito" that can survive exposure to poisons meant to kill them.

A medical entomologist at UC Davis stated it's actually not a surprise, saying:

"Growing resistance has been observed for some time. ... Recently it has reached a level at some localities in Africa where it is resulting in the failure of the nets to provide meaningful control, and it is my opinion that this will increase."

So the scientists behind these terrifying findings are now encouraging new developments of mosquito control, like new insecticides, which are reportedly in the works. That, and genetically manipulating mosquitos.

Not so sure about that last one. Hasn't anyone seen the latest "Jurassic Park" trailer?

"A whole new frontier has opened up. We have our first genetically modified hybrid."

OK, we're being dramatic. The research was published Jan. 6 in the Proceedings of the National Academy of Sciences.