These Are The Democratic Candidates' Middle East Policies 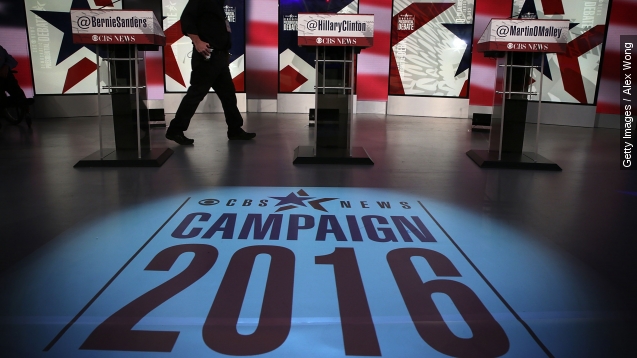 SMS
These Are The Democratic Candidates' Middle East Policies
By Jake Godin
By Jake Godin
November 14, 2015
This is what the foreign policies were for each of the Democratic presidential candidates at the time of the terrorist attacks in Paris.
SHOW TRANSCRIPT

CBS has announced that it's tweaking its debate plans to include more foreign policy-related questions in light of the terrorist attacks in Paris the night before.

With that in mind, it's important to keep in mind what each of the three candidate's previous foreign policy positions have been — specifically in the Middle East.

First up — Hillary Clinton. She has perhaps the most hawkish outlook of the three.

Mainly because she supports a no fly zone in Syria — something that would need to be backed up by some U.S. military muscle to be done effectively.

Bernie Sanders, on the other hand, is firmly against a no-fly zone.

"And what I believe Chuck, very much, is that the most powerful military on Earth, the United States of America, that our government should do everything we can to resolve international conflict in a way that does not require war," Sanders said on NBC's Meet The Press.

Martin O'Malley has come out on Sanders' side, advocating against a no-fly zone.

"I believe that a no-fly zone right now, it's not advisable," O'Malley said on CNN.

As for ISIS — all of the candidates agree that ISIS must go, and that a coalition of nations — not the U.S. on its own — is the best way to do it.