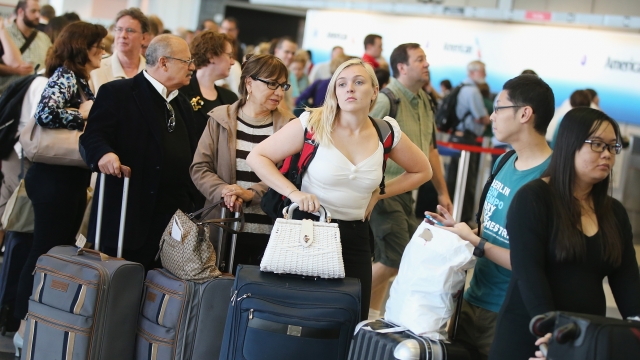 SMS
These Are The Airlines That Customers Hate The Least
By Ben Lawson
By Ben Lawson
June 2, 2016
Do your research before booking a flight for your summer vacation.
SHOW TRANSCRIPT

Getting saddled with a crappy airline can ruin your vacation, so it's probably a good idea to do some research beforehand.

The Temkin Experience Ratings are based on customer surveys on three components: how well the airline did its job, how easy it was to work with the brand and how consumers felt about their overall experience.

As far as airlines go, Southwest Airlines took the highest spot on the list, followed closely by Alaska Airlines and JetBlue Airlines.

And it looks like Spirit Airlines may be the one to avoid. It was the lowest rated airline on the list.

All the top three airlines were also at the top of last year's rankings, although they had different spots and all of their scores dropped between 5-10 points in 2016.

It's worth noting that Southwest, Alaska and JetBlue also ranked high in J.D. Power and Associate's survey for customer satisfaction.