These 5 Cats Are Richer Than You Are 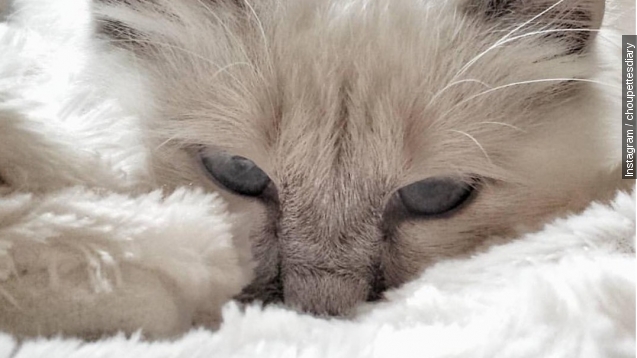 If you want to sleep all day, eat whenever you want and legally get high — become a cat. You'd probably have more money, too.

Now, let's get depressed. We've rounded up the top five cats that are richer than we'll ever be.

In 2014, a little boy was on his bike when a dog attacked him, yanking him to the ground.

And then Tara came along and sent the dog running with its tail between its legs.

The act of heroism even got Tara recognized by the state of California — she received the ASPCA's Hero Dog Award. Take that, pooches. And she reportedly has a deal in the works with Catster magazine.

Tara's rescue video is also licensed, so there would be money to be made there, too.

"Come back here, you darn cat!" someone said in the trailer for "That Darn Cat."

No, not this one.

Choupette Lagerfeld. This fantastic feline belongs to the fashion designer of that little brand called Chanel: Karl Lagerfeld. Choupette even has her own Instagram account and has helped paw a book.

There are purr-ks to being a celeb's kitty, including two personal maids — although hard work is still involved.

In an interview with New York Magazine, Lagerfeld said Choupette had two jobs in 2014 and scratched in $3 million.

"At what point did you forget that we are trying to take over the world?" a cat says in the trailer for "Cats and Dogs."

For No. 3, we bring you Tinker — a cat who charmed his way into a hefty inheritance.

When Tinker's owner died, she left her furry friend her $800,000 house and a trust fund valued at hundreds of thousands.

Mother Nature Network says there was a string attached for Tinker, though, and not the kind he could play with that had a mouse on the end.

Tinker wasn't allowed to stray. If he did, he gave up ownership of the house.

The feline — who is probably the most famous kitty on our list thanks to her Internet memes — was once rumored to be worth $100 million. You could literally buy Neverland Ranch with that.

That figure ended up not being true.

But Tardar has saucily sassed her way into Friskies commercials, "Sesame Street," a movie — and, yes, has also written a book. The Washington Post estimates she's actually worth upwards of $42,400 although we personally think that's a bit low.

"Well thank ya. Thank ya very much, ladies and gentlemen," Garfield said.

And that moment you've all been waiting for — No. 1.

Tommaso, better known by his nickname, Tommasino. He inherited between $13 million and $15 million when his owner died in 2011.

A lawyer told an Italian newspaper the owner left the fortune to the cat and put her nurse in charge of taking care of him.

And to think, this is just one of these felines' nine lives. Lucky.