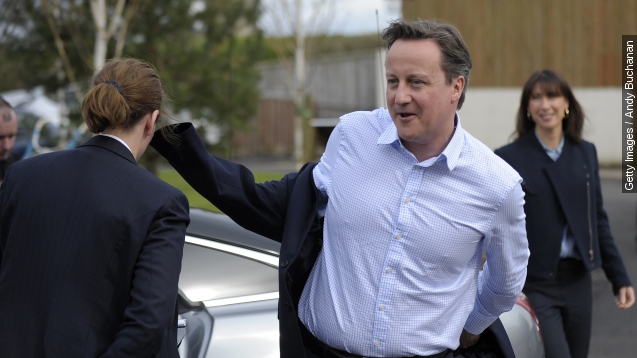 There's a big reason to be skeptical of the allegations linking British Prime Minister David Cameron to a dead pig. (Video via Office of the Prime Minister of the U.K.)

And that's their source: Lord Ashcroft.

Lord Michael Ashcroft is a billionaire donor to and former deputy chairman of the Conservative party. (Video via Sky News)

Ashcroft's time with the Conservative party was a source of controversy because he listed Belize as his permanent residence, rather than the U.K., allowing him to effectively dodge income taxes.

Ashcroft co-wrote the book that makes the pig allegations, and in it he also says Cameron reneged on an offer to give Ashcroft a position in his government after the 2010 election. (Video via BBC)

This isn't the first time Ashcroft's split with Cameron has made news: In 2013 he reportedly stopped donating to the Conservatives, citing distrust of the prime minister. (Video via U.K. Parliament)

It doesn't help his case that the outlets that have really run with the story are mainly British tabloids, which aren't best known for their fact-checking.

Still, government officials have been forced to respond, with a spokesperson for Cameron saying she wouldn't dignify the allegations by commenting on them, and finance minister George Osborne saying, "I haven't seen them." (Video via CBS, The Guardian)

Twitter hasn't shown any such restraint, with comedians, commentators and even politicians having a field day.