There's Only One Career Emoji For Women; Google Wants To Change That 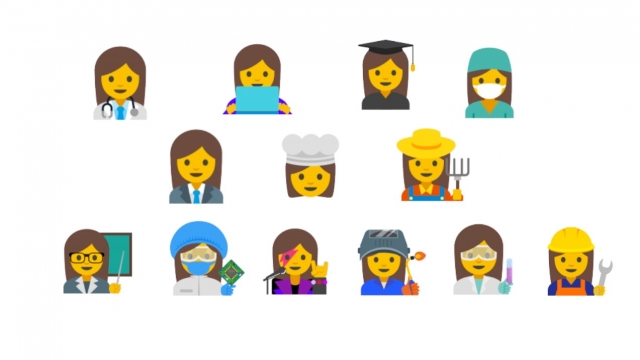 SMS
There's Only One Career Emoji For Women; Google Wants To Change That

By Katherine Biek
May 11, 2016
A proposed set of emoji would feature women in 13 professional roles from the culinary arts to science.
SHOW TRANSCRIPT

Soon, you might be able to text with a whole new set of emoji that will put the focus of the conversation on your career.

A group of Google employees submitted a set of 13 new emoji to the Unicode Consortium, which oversees the building of all the tiny digital symbols. Each proposed emoji depicts a different profession, like a chef, a teacher, a doctor and a scientist.

All the proposed designs were presented as female, but the group noted they also wanted to create the corresponding male emoji, too.

Still, if approved, this would be a big step toward including more diversity in the emoji currently available.

As of right now, there are two career-focused emoji: a police officer and a construction worker, both of which are considered unisex.

While the only emoji profession that's specifically female is the salsa dancer.

A 2015 report by Social Times found that 78 percent of female consumers use emoji frequently, compared to 60 percent of men.

In 2015, there was a push for more emoji representation, which led to more available skin tones, as well as LGBT emoticons.

In the proposal, the Google employees advise Unicode to not make the suggested new designs gender-neutral, but instead keep improving diversity by having both men and women.