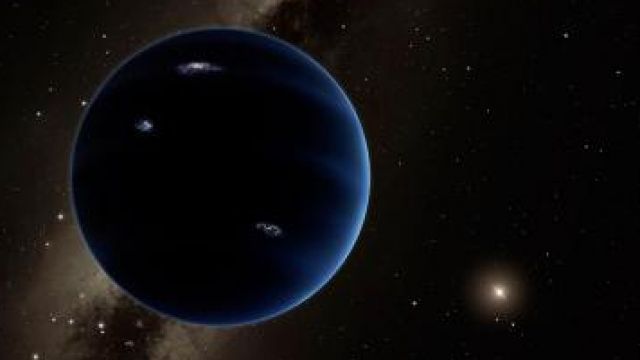 SMS
There's New Evidence Of A Distant Ninth Planet In Our Solar System
By Ben Lawson
By Ben Lawson
January 20, 2016
In the distant reaches of the Kuiper Belt, dwarf planet Sedna could be in the gravitational pull of another unseen planet, nicknamed "Planet 9."
SHOW TRANSCRIPT

Scientists may have discovered another planet in our solar system. (Video via NASA)

It's located all the way out in the Kuiper Belt. (Video via NASA)

Its discovery began with Sedna.

Sedna is a dwarf planet smaller than Pluto.

Scientists believe Sedna is in the gravitational pull of a large object, which could be this new planet — aka "Planet 9." (Video via Kurdistan Planetarium)

It has about 10 times the mass of Earth.

It's an average of 600 times farther from the sun than the Earth is and takes 20,000 years to orbit the sun once.