There's A Temporary Cease-Fire Agreement In Syria ... For Now 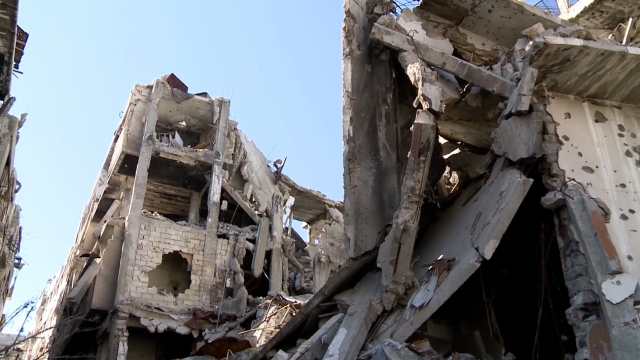 SMS
There's A Temporary Cease-Fire Agreement In Syria ... For Now
By Melissa Prax
By Melissa Prax
February 27, 2016
After weeks of carving out the details, the U.S., Russia and the United Nations have reached a provisional truce in the Syrian conflict.
SHOW TRANSCRIPT

The temporary agreement means a cease-fire between the regime and Syrian rebels, as well as countries like the U.S. and Russia conducting airstrikes toward those groups.

ISIS and other terrorist groups are not included in the agreement.

"There are plenty of reasons for skepticism, and even under the best of circumstances, the violence will not end right away. But everyone knows what needs to happen," President Barack Obama said.

One of the main goals of this truce is to help the United Nations and other aid groups get access to besieged towns and bring food and other necessities to Syrian civilians.

On Friday, Russia reportedly ramped up airstrikes in Syria, at first making it unclear if the country would follow the cease-fire.

While Western countries have called for Syrian president Bashar al-Assad to step down, Russia has largely supported his regime. But, at least for this cease-fire, the U.S. appears to have found an ally in Russia.

The "cessation of hostilities" is something the two countries have been carving out for weeks along with the U.N.

U.N.-sponsored peace talks are expected to begin again March 7, with the hope to find a more concrete cease-fire solution.