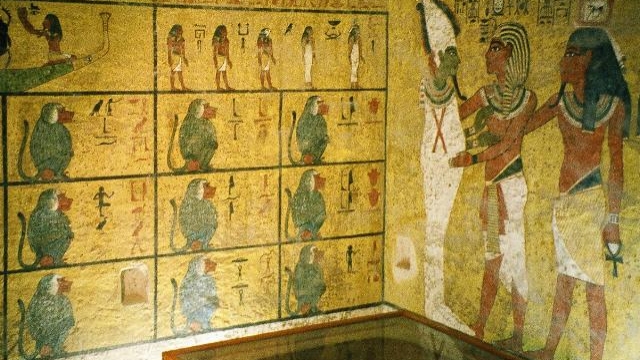 The evidence that there are hidden chambers inside King Tutankhamun's tomb is mounting.

Experts initially said those findings suggested there were passages and doorways plastered and painted over inside the tomb.

The theory was initially dismissed, but now outside experts have reviewed the full data from the scan and agree there's an open area on the other side of the wall and that there's something inside.

No one knows for certain what's back there. One theory is that it's the remains of Nefertiti, who some believe to be King Tut's mother, along with whatever goods were buried with her when she died.

Specialists with National Geographic will carry out another round of scans this month to support the results.

The next scans also aim to examine the thickness of the walls and hopefully discover a way to enter the chamber.

This video includes clips from Past Reservers and CBS and images from Hajor / CC BY SA 3.0 and Getty Images.