There May Soon Be A Better Way To Treat Chronic Pain 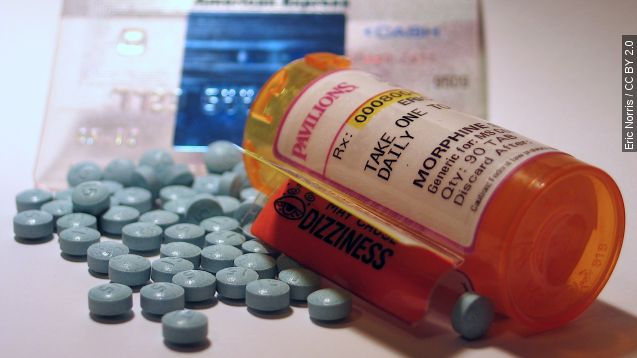 That might sound appealing to the estimated 11 percent of people with chronic pain, but a complete lack of pain comes with its own problems.

"Too young to know better, and with no pain to tell her to stop, Gabby had nearly blinded herself," a reporter for KARE said.

Parents of children with the condition often go public so members of the community know to be extra careful. It also allowed researchers to find enough patients to identify the mutation that causes it. (Video via ABC)

It was hoped the discovery would lead to new painkillers that could partially mimic the mutation's effects.

"It may be a master switch for pain in general," University of Florida researcher Roland Staud said in 2010.

But Wood says the drugs that have come from the research so far have been disappointingly weak. So he studied mice engineered to have the same mutation and says he found the missing piece.

The mice with the mutation turned out to have higher-than-normal levels of natural painkillers, called opioid peptides, in their bodies. He called the finding "the secret ingredient." (Video via Christian Cremer / CC BY SA 2.0)

He then gave the opioid blocker Naloxone, famous for its use in treating heroine overdoses, to a 39-year-old woman with the mutation. With her natural painkillers suppressed, she felt pain for the first time in her life.

Now that he's basically reverse-engineered the condition, Wood's research could help those with the rare mutation feel enough pain to avoid injury, and it could also make drugs that mimic the mutation that much more effective for people with chronic pain.

Living with chronic pain can have debilitating effects.

"Like piercing, burning fire. Like arrows stuck in there, yeah, all the time," patient Laura Phillips told KPLC.

"My health has just deteriorated. I can hardly walk. Something's got to be done," patient Janet Mahar told the Wellcome Trust.

Chronic pain has been known to lead to mental health issues like depression or substance abuse problems, and it can last for months or even years.

Wood plans to start human trials on his new treatment in 2017.