There Are A LOT More Galaxies Than We Previously Thought Existed 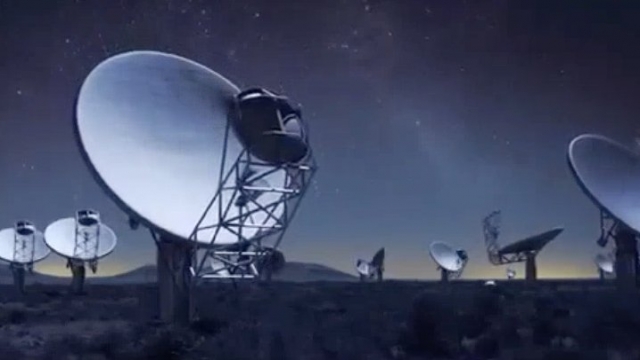 SMS
There Are A LOT More Galaxies Than We Previously Thought Existed
By Ryan Biek
By Ryan Biek
July 18, 2016
The best may still be yet to come for South Africa's MeerKAT radio telescope.
SHOW TRANSCRIPT

The telescope only looked at a tiny splinter of the sky –– less than 0.01 percent of the celestial sphere. Previous research had only found 70 galaxies in that area.

MeerKAT is considered one of the most powerful telescopes in the world, but its best discoveries may be yet to come. Right now, MeerKAT has just 16 of its 64 scheduled receptor dishes.

And even that will be outdated by the 2020s, when the Square Kilometre Array (and its 3,000 receptors) is expected to debut.

SEE MORE: China Is About Ready To Look For Aliens After Relocating 9,000 Humans

But why look for these distant galaxies when we lack the technology to go to them?

Think about a plane overhead. The sound it makes trails where it appears in the sky. What you're hearing is actually the state of the plane seconds before you looked up.

Light from these galaxies takes hundreds of millions of years to reach us on Earth, so what we're seeing is actually their past, too.

By finding these galaxies and tracking how they change over time, scientists are able to get a more complete history of the universe.