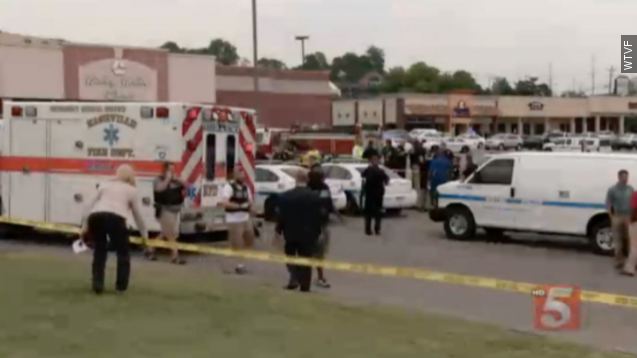 Less than two weeks after a shooting at a movie theater in Louisiana left two people dead, there are reports of another movie theater shooting, this time in Tennessee. (Video via WTVF)

The shooting happened at the Carmike Hickory 8 theater in Nashville on Wednesday afternoon, during a showing of "Mad Max."

"The individual is reported to have been armed with a gun and a hatchet," Nashville Police Department public affairs manager Don Aaron told WSMV.

A police spokesperson couldn't confirm reports that the suspect managed to injure one person, but did report the local SWAT team killed the shooter after he exchanged gunfire with an officer. (Video via WSMV)

He also said the police bomb squad are investigating the suspect's two backpacks.