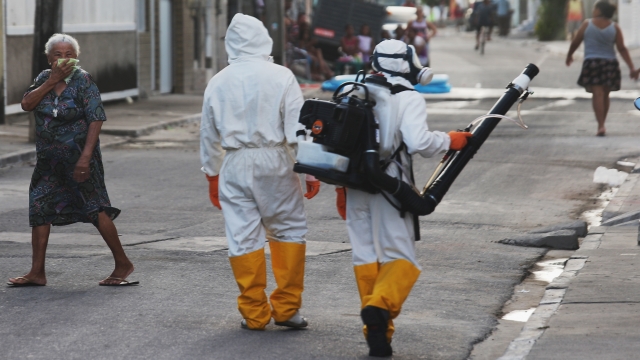 Researchers are seeing if major sporting events could contribute to the rapid spread of the Zika virus.

Brazil is one of the main areas of concern, where local transmission was first reported in May of 2015.

In June of 2015 a study was published in a Brazilian medical journal suggesting the 2014 World Cup could have been when the virus arrived in the country.

The speculation has raised concern about the Rio Olympics scheduled for this summer. (Video via Rio 2016)

Most symptoms of the virus are mild and most people infected don't actually become ill.

The concern centers around the possible link between pregnant mothers infected with the virus and a birth defect that affects brain development in newborns.

The World Health Organization told The New York Times it would be very unlikely that it would urge people not to go to Brazil for the Olympics.