The Zika Outbreak Is Officially An International Health Emergency 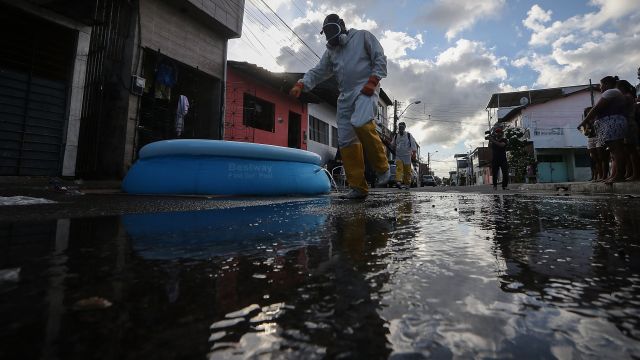 The explosive spread of the Zika virus, and the fear that it might be causing birth defects, is now the World Health Organization's fourth-ever international public health emergency.

The decision comes after outbreaks in South America were linked to a rise in microcephaly, a condition that can mean babies' brains don't develop normally. The fear is that the virus is causing the condition, most likely when infected mosquitoes bite pregnant women, but that's still not conclusive.

The WHO isn't waiting around for a final verdict. It's been criticized for taking too long to declare 2014's Ebola outbreak an international public health emergency. Director-General Margaret Chan has said she doesn't want people to say it failed to take action this time.

Declaring something an emergency can be a big deal: The organization's decision can kick-start new research into fighting diseases and lead to travel and trade restrictions.

At this point, the WHO says the Zika virus doesn't merit those kinds of restrictions. For now, most of its efforts will go into mosquito control.