The Wrench In Obama’s Plans To Close Guantanamo 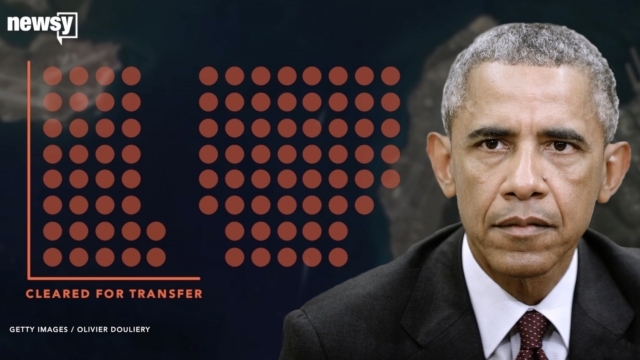 SMS
The Wrench In Obama’s Plans To Close Guantanamo
By Kate Grumke
By Kate Grumke
February 15, 2016
If President Obama kept the pace he set in January, he would be able to close the Guantánamo Bay prison in six months, but that's unlikely.
SHOW TRANSCRIPT

President Obama has less than a year to meet one of his campaign promises and close Guantánamo Bay prison.

And he's picking up the pace.

In all of 2015, he transferred 20 detainees out of Guantánamo — the prison that's been denounced by human rights groups and called a terrorist recruiting tool.

Just in January of 2016, he transferred 16 detainees. Some go to their home countries — like one from Saudi Arabia and one from Kuwait. Others — mostly Yemenis — have to go to third-party countries.

Now there are 91 detainees left in the prison. If the Pentagon could keep up this 2016 pace, the prison would be empty in six months. But of those 91, only 34 are cleared for transfer. For the ones who aren't recommended for transfer, if Obama wants the prison closed, they may have to come to the U.S.

So those last 57 detainees are Obama's challenge.