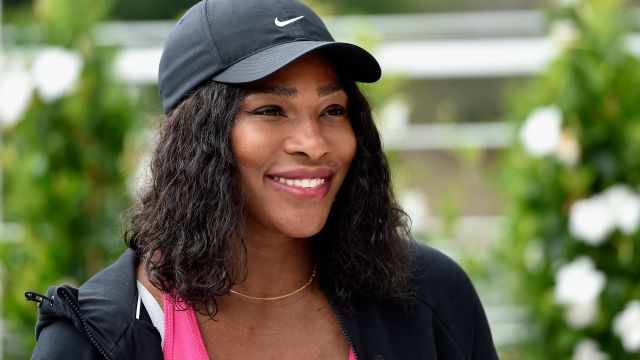 SMS
The World's Top-Earning Female Athlete Wants Equal Pay For All Women
By Calvin Stovall
By Calvin Stovall
June 8, 2016
Serena Williams earned almost $30 million this year, but she still says female athletes aren't making as much as they should.
SHOW TRANSCRIPT

Serena Williams is now the top-earning female athlete in the world, according to Forbes.

Williams earned $28.9 million in prize money and endorsements throughout the past 12 months. She is also the top-ranked player in the world after winning three Grand Slams in 2015.

Williams overtakes tennis rival Maria Sharapova, who's topped Forbes' list of highest-paid female athletes each of the past 11 years.

Sharapova lost endorsements with Nike, Porsche and American Express after failing a drug test at the Australian Open in January. Wednesday, the ITF announced Sharapova will be suspended for two years after testing positive for the drug meldonium.

Sharapova's earnings dropped from nearly $30 million last year to just under $22 million this year, which was still more than enough to secure the No. 2 spot in the rankings.

Female tennis players made up eight of the top 10 athletes on Forbes' list.

UFC fighter Ronda Rousey and NASCAR driver Danica Patrick were the only athletes from other sports who made the cut. Rousey and Patrick each earned about $14 million, good enough for the No. 3 and No. 4 spots on the list, respectively.

The new rankings come in just as the U.S. women's soccer team is fighting in court to be paid the same as their male counterparts. Williams weighed in on women athletes' struggle for equal pay in an interview for the July issue of Glamour.

Williams said: "These sports have a lot of work to do. And I really hope that I can be helpful in that journey because I do believe that women deserve the same pay. We work just as hard as men do. ... And to be paid less just because of my sex — it doesn't seem fair."

In the Glamour interview, Williams credited her older sister Venus and tennis legend Billie Jean King for paving the way for her.