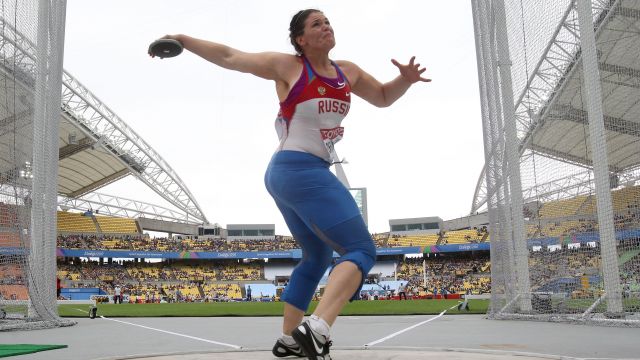 SMS
The World Anti-Doping Agency's Response To The Senate Didn't Go Well
By Carter Woodiel
By Carter Woodiel
July 9, 2016
The U.S. Senate tried to make sure WADA was doing its job. The organization's response probably won't win anyone over.
SHOW TRANSCRIPT

The World Anti-Doping Agency is supposed to help penalize athletes who take banned drugs. But recently, people have been saying the organization isn't doing its job.

Those critics include the U.S. Senate, and when the Senate told WADA to explain itself, the response was less than convincing.

The Senate asked why WADA took so long to investigate the Russian track and field team, which will miss the Olympics after numerous doping allegations.

But WADA says there wasn't much it could do because only one individual had blown the whistle, and at the time, WADA says it didn't have the authority to investigate.

But this claim doesn't really hold up. An investigation from The New York Times found there were plenty of clues beyond a single whistleblower, including an Olympic medalist who admitted to WADA she had taken state-sponsored banned drugs.

WADA told the Senate passing on whistleblower info like that to Russian authorities would be "a grave lack of judgment on our behalf." But the Times report says that's exactly what the organization did in at least one other case.

There's also the issue of WADA's ties to the International Olympic Committee. WADA President Craig Reedie, who wrote the letter to the Senate, is also a vice president of the IOC, a conflict of interest the Senate called him out on.

But Reedie brushed it off, saying previous WADA presidents have had ties to the the IOC and there were never any allegations of conflicts of interest.

This isn't true, either. When WADA was founded in 1999, government officials raised concerns that it would be too close to the IOC.

This is important, since the IOC's top priority is putting on a great Olympic Games, something that's made harder when high-profile athletes face doping allegations.

On the whole, WADA's best defense to the Senate was that it was powerless to investigate Russia as quickly as it could have, which is probably a hard sell for most sports fans.

This video includes images from Getty Images and clips from the World Anti-Doping Agency, C-SPAN and the Daily Mail.