'The Wiz' Will Be NBC's Next Live Musical Event 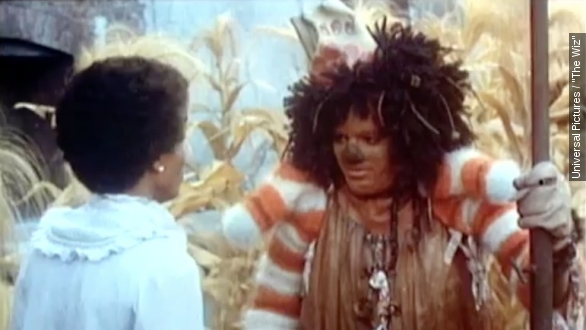 SMS
'The Wiz' Will Be NBC's Next Live Musical Event
By Katherine Biek
By Katherine Biek
March 31, 2015
NBC announced Tuesday the broadway musical hit "The Wiz" will its next live musical event. It's set to air in December.
SHOW TRANSCRIPT

NBC has tapped "The Wiz" to be its next live musical television event. (Video via Universal Pictures / "The Wiz")

"My Ma would be so proud! Going to see the Wiz!"

The Broadway musical won seven Tony Awards, including best musical, in 1975. (Video via YouTube / Theatre at the Center)

"I'll get you my pretty and your little dog too!"

"The Wiz" is an African-American adaptation of the story "The Wonderful Wizard of Oz."

In 1978, the Broadway musical was transformed for the silver screen with Diana Ross playing the role of Dorothy and Michael Jackson the Scarecrow.

Back in January, NBC executive told reporters the network had acquired the rights to both "The Wiz" and "The Music Man," but was leaning toward "The Wiz" as being next in line.

But with the decision to move forward with "The Wiz," it sounds like NBC is trying to bring this year's live musical event to a whole new level.

Cirque du Soleil is co-producing the musical and will then be bringing it back to Broadway for the 2016-17 season.

Robert Greenblatt, NBC's entertainment chairman, said in a statement to Variety, "It's a natural step for our live musical events ... Cirque's incredible imagination will help bring the fantasy world of Oz vividly to life and give this great show a modern spin on the age-old story we all love."

NBC has had mixed success with its last two musical events.

Entertainment Weekly reports 18.5 million viewers tuned in to watch "The Sound of Music" starring Carrie Underwood in 2013. While the next year, "Peter Pan Live" starring Alison Williams only brought in 9.1 million.

And the network now has a little competition with Fox announcing it's putting together a live-action version of "Grease" for early 2016 starring Julianne Hough and Vanessa Hudgens.

NBC hasn't announced any casting decisions yet, but we do know its version of "The Wiz" will air December 3rd.