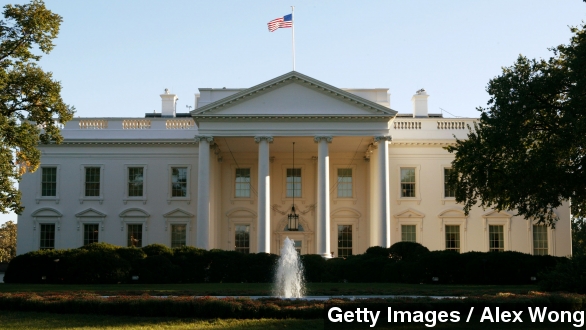 February. It's a hard month to spell. What is up with that random R?

Now that was a joke, but the White House actually made a real blunder in the spelling of the month of love ... more than once. Like, way more than once.

It did take the press a while to realize the month was misspelled on ... press schedules.

"To be fair, this month, February, it's a tough month to spell. Many of us often make that mistake," a Fox News reporter said.

"Tough to pronounce as well," a Fox reporter responded.

"There you go," the reporter said.

Um, those sound like ... really bad excuses. The month was also misspelled multiple times on the White House blog.

A Washington Post reporter tried to make light of the situation, too, making the same observation as Fox, that February is just really freakin' hard to spell. She even doodled on top of the erroneous press releases— you know, to ease the administration's embarrassment.

But everyone should be embarrassed here. It's the era of automatic spell check, people!