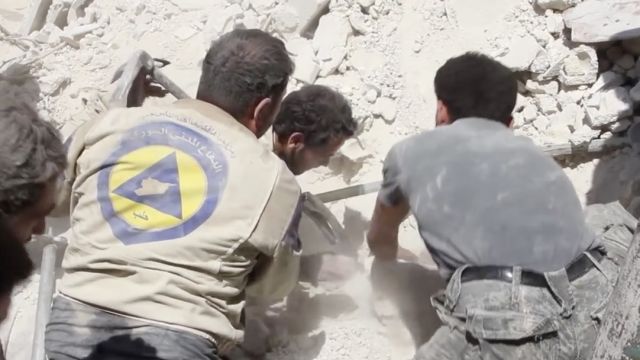 These men and women volunteer in "the most dangerous place in the world."

They're called the White Helmets. There are nearly 3,000 of them, and they risk their lives to save those trapped in the rubble of bombed buildings in Syria.

The White Helmets save people of different religions, classes and sides in the Syrian conflict.

They have reportedly saved 60,000 lives since they began rescue operations in the wake of government airstrikes in 2013.

The volunteers also come from many different backgrounds, from bakers to pharmacists to taxi drivers.

Over 130 volunteers have been killed rescuing others.

According to The Syria Project, the group also provides a number of other services including reconnecting electrical cables and securing recently bombed buildings.

There are critics of the group. Some bloggers have accused them of being terrorists, while others have said the group will prolong the war.

But more than 130 organizations across the globe have nominated the White Helmets for a Nobel Peace Prize after The Syria Campaign pushed for the group to get the honor.

The winner of the prize will be announced Oct. 7.