The Way Snapchat Plans To Make Money Off You 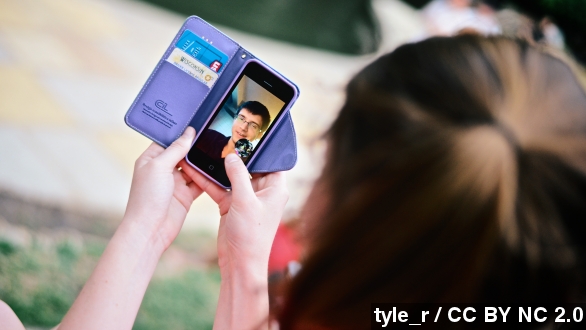 SMS
The Way Snapchat Plans To Make Money Off You
By Mikah Sargent
By Mikah Sargent
August 20, 2014
Snapchat will reportedly launch a new service called "Snapchat Discovery." Video clips, daily news and ads are all expected to be offered.
SHOW TRANSCRIPT

When you turn down $3 billion, you're probably going to want to show you can make money on your own.

According to a report from The Wall Street Journal, Snapchat is set to prove its profitability with monetized advertisements and ephemeral news content.

The outlet reports Snapchat has been talking to advertisers and "at least a dozen media companies" to produce content for a service called Snapchat Discovery. "The product would let users read daily editions of publications as well as watch video clips of TV shows or movies," which would be prefaced by advertisements.

You'll reportedly be taking your first peek at these news reports and video clips when the service launches in November. (Video via Snapchat)

A writer for Engadget says the move is about more than just ad dollars — it's also a way for Snapchat to stay relevant for an ever-evolving userbase.

"How does a startup keep growing when its core audience starts changing this dramatically? By doing exactly what Snapchat is reportedly doing now: giving us all other reasons to use it."

And that ever-growing core audience is now up to about 27 million users who visit "Snapchat 14 times a day on average," according to SlashGear.

27 million users who return to the app 14 times a day? Sounds like an advertiser's dream.

A writer for The Independent asks an important question we don't yet have an answer to. Will Snapchat Discovery exist as its own separate service, or will it come as part of the existing app?

Although we don't yet have the answer, Gizmodo reminds us there's some precedent. News aggregator NowThisNews has been delivering news briefs with Snapchat for some time.

So we do, at least, have some idea of what news content could look like as part of Snapchat Discovery. Would you be interested in a Snapchat news discovery service? Tweet us with your thoughts.