The Wars That Never Ended 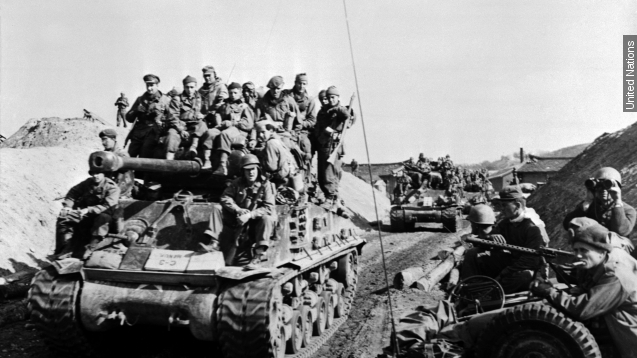 SMS
The Wars That Never Ended
By Jake Godin
By Jake Godin
November 14, 2015
While a war typically ends with a peace treaty of some sort, some conflicts haven't reached that point decades after they've stopped fighting.
SHOW TRANSCRIPT

Usually, wars or other conflicts end with a formal treaty. But sometimes, both sides just kind of stop fighting. That leads to wars like these, which are technically still ongoing.

The North-South Korean conflict is probably the most well known “war without an end.” Technically it did end in 1953 when a ceasefire was signed.

But a subsequent peace treaty was never signed, effectively prolonging the conflict until, well...today.

Another example is Afghanistan. Unlike the Koreas, Afghanistan has been involved in a multi-faceted conflict that, since it began in 1978, has evolved from one enemy to another.

India and Pakistan are still technically at war over control of Kashmir, a region that still gets called “the most dangerous place in the world” every now and then.

While there hasn’t been any actual fighting in decades — China and Taiwan’s relationship is still somewhat tense.

In November, the leaders of both nations met for the first time since 1949.

These old wars might still be ongoing, but at least they’re not as bloody as the many other open-ended conflicts happening around the world today — many of which are similarly without an end in sight.