The Wait Is Over: Adele Says 'Hello' With New Single 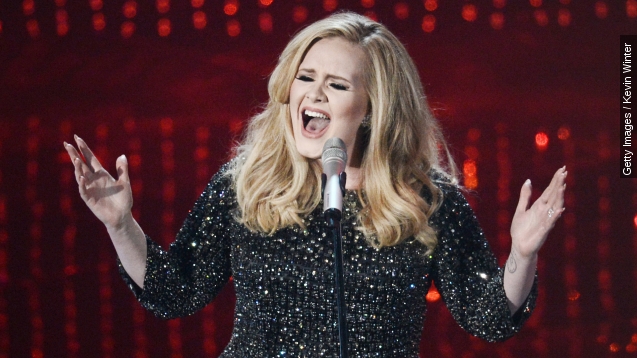 SMS
The Wait Is Over: Adele Says 'Hello' With New Single
By Ben Lawson
By Ben Lawson
October 23, 2015
After an agonizing four years, Adele has released a new single called "Hello." The singer also announced her upcoming album "25" will drop Nov. 20.
SHOW TRANSCRIPT

Adele has dropped her first single in three years with the appropriate title "Hello," along with a release date for her next album, "25." That record is coming Nov. 20.

And in case you were worried, Adele's vocal cord surgery from 2011 doesn't seem to be holding her back at all. "Hello" is filled with all the soaring vocals and brooding lyrics fans have come to expect from Adele, but with a different tone.

"Hello from the other side / I must've called a thousand times," Adele sings.

"My last record was a break-up record, and if I had to label this one, I'd call it a make-up record. I'm making up with myself," Adele explained on Facebook.

Adele apologized to fans for the long wait and offered that explanation on how this album is a step forward from her last one.

Judging by the reaction on Twitter, at least the first song from the album was worth the wait, but Adele's bar is already set pretty high. (Video via USA Today)

Her last album, "21," spent 24 weeks at No. 1 on the Billboard Hot 200 chart, the most for any female artist, not to mention all those Grammys. (Video via XL Recordings / Adele)