The Votes Are In: FIFA Elects New President 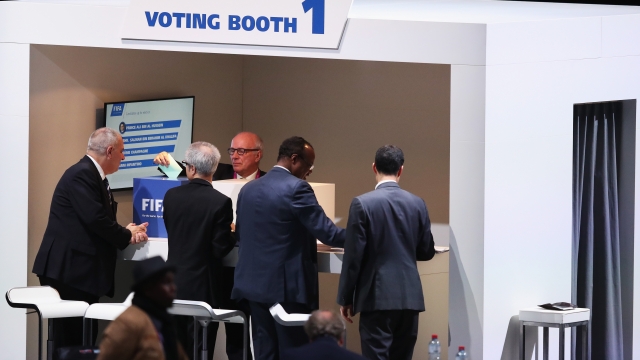 SMS
The Votes Are In: FIFA Elects New President
By Melissa Prax
By Melissa Prax
February 26, 2016
FIFA elected a Gianni Infantino in the second round of voting Friday in Zurich.
SHOW TRANSCRIPT

A new president for FIFA has been elected after Friday's vote in Zurich.

UEFA general secretary and lawyer Gianni Infantino has been selected and will hold the position for at least the next three years. Of the 207 possible votes, Infantino received 115.

"I want to work with all of you together, in order to restore and rebuild a new era in FIFA where we can put again football in the same turf of the stage," Infantino said.

After none of the candidates received a super-majority vote earlier today, a second round of voting took place — the first time this has happened since 1974.

Former President Sepp Blatter was banned by FIFA for six years in December after an alleged financial corruption surfaced.

Infantino was also a possible contender to fill in for former UEFA President Michel Platini, as Platini was also suspended as part of the financial corruption case against Blatter.

This is the first time since 1998 there will a be a new FIFA president — '98 was the year Blatter was elected, and he was re-elected in the following years.

This video includes clips from CCTV, Fox Sports and Sky News and images from Getty Images.