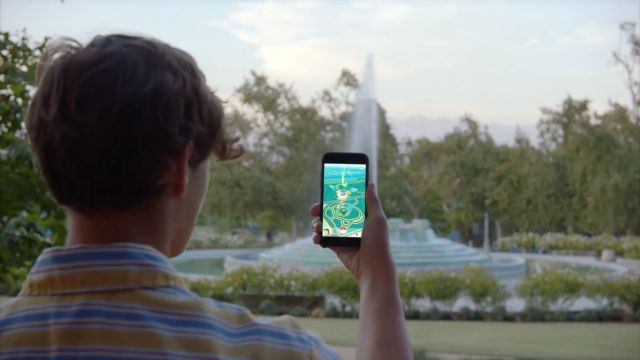 SMS
The Virtual World Of 'Pokémon Go' Is Already Reshaping The Real One
By Matt Picht
By Matt Picht
July 13, 2016
The game is causing floods of foot traffic in some weird places — for better and for worse.
SHOW TRANSCRIPT

A septic field. The Westboro Baptist Church. Ground zero. Why is "Pokémon Go" sending people to look for Pokémon in these places?

It all has to do with game developer Niantic's first alternate reality game: Ingress, which launched in 2012. This game also asked people to take their smartphones to real-world locations as part of a fictional global cyberwar.

"Pokémon Go" seems to be largely drawing on the location data collected from Ingress players. But the game's nostalgia-fueled explosion in popularity means that data is having a much greater effect on the real world — for better and for worse.

But the additional foot traffic has also been a boon to plenty of small businesses and other enterprises. And "convenient to PokéStop" has already started popping up as a selling point on some real estate ads.

The New York Times reports Niantic plans to take full advantage of its ability to flood any location on Earth with a horde of Pokéfans; the company's apparently planning to let businesses pay to become PokéStops.

This video includes images from George Hodan, thewellman and Americasroof / CC BY SA 3.0 and clips from IGN. Music provided courtesy of APM Music.