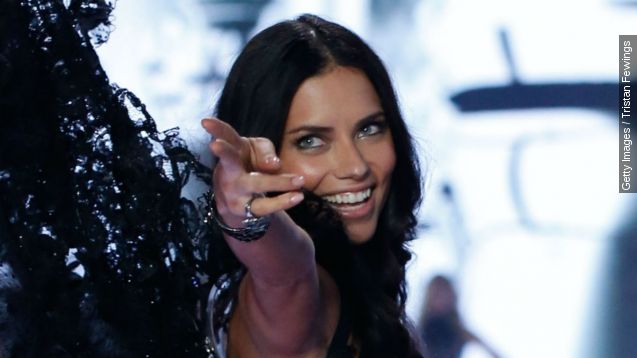 The glittery, celebrity-packed, lingerie extravaganza known as the Victoria's Secret Fashion Show is a pricey affair.

Tuesday night five out of the 47 models on the runway were on Forbes's highest paid models list, including Adriana Lima who made $9 million between June 2014 and June 2015.

And getting a seat at the show isn't cheap. Last year rumors swirled that a British company was selling tickets for $16,000.

But Victoria's Secret president Sharen Jester Turney told Fashionista the only way to get tickets is through invitation or through charitable donations to an approved non-profit.

So if Taylor Swift forgot to send you an invite to cheer on her friends, you can make a donation of more than $25,000 for a pair of tickets.  The New York Post reported in 2013 this was the starting bid by Charity Dreams.

But hey, one ticket is way cheaper than one of the bras from the show. This year's Fantasy Bra is covered in 6,500 jewels, which includes diamonds and yellow sapphires. It costs around $2 million.

But Victoria's Secret can definitely afford it. Last year, the company made $7.2 billion in sales.