The Vast Majority Of Terror Victims Are Muslim 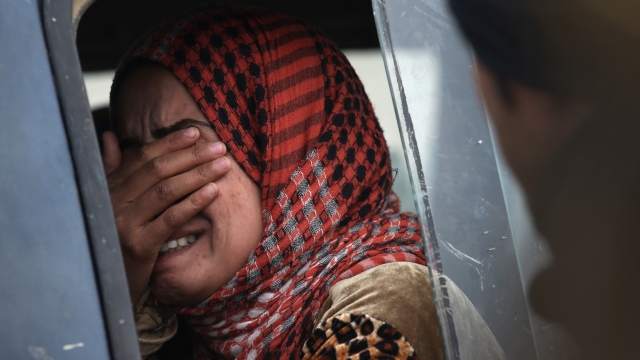 SMS
The Vast Majority Of Terror Victims Are Muslim
By Kate Grumke
By Kate Grumke
April 19, 2016
Groups like Boko Haram and ISIS are killing Muslims in much greater numbers than any other religion.
SHOW TRANSCRIPT

The vast majority of terror victims are Muslim. But it's difficult to say exactly how many. A 2011 U.S. report said at least 82 percent of victims are Muslim. And that could be as high as 97 percent. But even that doesn't tell the whole story. It's hard to study the religion of victims of terrorism. Many victim statistics rely on news reports, which don't usually mention victims' religions. One way to count is to look at the countries victims are from. In 2015, five countries accounted for 78 percent of terror-related deaths, according to the Global Terrorism Index. They were Iraq, Nigeria, Afghanistan, Pakistan and Syria. Of those countries, Nigeria had the lowest percentage of Muslims at 47.9 percent. But Boko Haram, the most deadly terrorist organization worldwide in 2015, operates in a majority-Muslim region of the country. And in Iraq and Syria, the vast majority of ISIS' victims are Muslim.