The US Is Now The Second Largest Spanish-Speaking Country 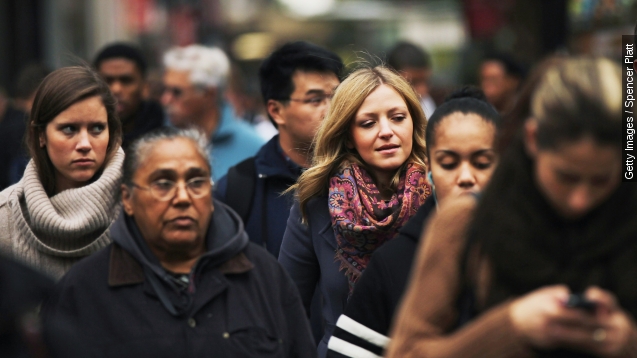 SMS
The US Is Now The Second Largest Spanish-Speaking Country
By Katherine Biek
By Katherine Biek
June 30, 2015
Of the world's 559 million Spanish-speakers, the Instituto Cervantes in Spain said the U.S. has the second largest population of people who speak it.
SHOW TRANSCRIPT

A new study found that behind Mexico, the U.S. is now the country with the second largest population of Spanish-speakers.

The Instituto Cervantes in Spain found the U.S. is now home to 41 million native Spanish speakers. And another 11.6 million people in America speak Spanish, even though it isn't their native language.

Those statistics put the U.S. ahead of 20 countries that list Spanish as their native language, including Colombia, Spain and Argentina.

This revelation certainly falls in line with previous research.

In 2013, the Pew Research Center reported the number of Spanish speakers in the U.S. had increased by an astonishing 233 percent since 1980. Two years ago, 37 million Americans reported speaking Spanish.

And earlier this spring, the U.S. Census Bureau predicted the country's Hispanic population will grow to 119 million in 2060. In 2014, the count was 55 million.

Forty-seven percent of New Mexico's residents speak Spanish, making it the U.S. state with the largest Spanish-speaking population. Virginia has the smallest percentage of residents that speak the language. Only 1.3 percent speak Spanish. (Video via New Mexico Department of Game and Fish, YouTube / Visit Virginia Beach)

The Instituto Cervantes report found there are currently 559 million people in the world who speak Spanish.