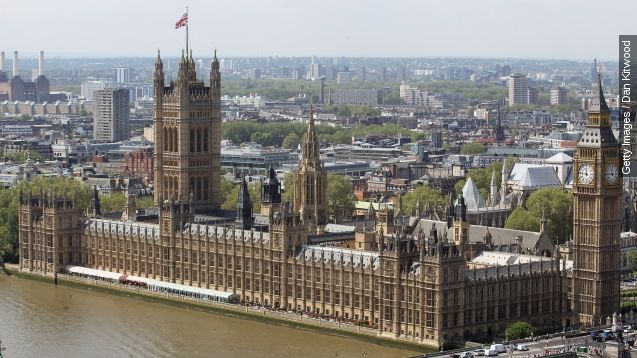 SMS
The UK Parliament Had A Lot To Say About Banning Donald Trump
By Zach Toombs
By Zach Toombs
January 18, 2016
Although the House of Commons didn't hold a vote, its members had plenty to say about whether to ban Donald Trump from U.K. shores.
SHOW TRANSCRIPT

The United Kingdom's House of Commons debated for three hours Monday a petition to ban Donald Trump from the nation. That petition had been signed by 560,000 U.K. citizens. The debate ended without a vote, but even the members of Parliament against a ban on Trump didn't have kind words for him. Prime Minister David Cameron has been among those speaking out against the ban, despite saying Britain would "unite against" Trump if he did ever visit. Watch the full debate on C-SPAN.