The U.S. Is The Costliest Place To Live With Type 2 Diabetes 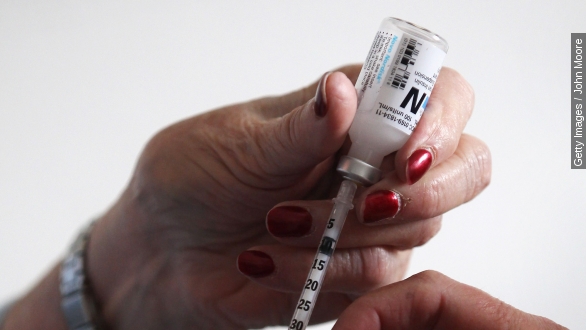 SMS
The U.S. Is The Costliest Place To Live With Type 2 Diabetes
By Katherine Biek
By Katherine Biek
March 17, 2015
The United States is the most expensive place to live in the world if you have Type 2 diabetes.
SHOW TRANSCRIPT

387 million people in the world have diabetes, with the most common form being Type 2.

And a new study that looked at the global economic impact of the disease discovered the most expensive place to live with Type 2 diabetes is actually the U.S.

After looking at a compilation of data from more than 100 different studies, researchers in the U.K. determined Americans with the disease pay an average of about $283,000 in health care costs.

The American Diabetes Association reports that as of 2012, 9.3 percent of Americans have some form of diabetes. Of those, about 28 percent have gone undiagnosed.

According to the National Diabetes Statistics Report, released by the Centers for Disease Control and Prevention in 2014, the estimated cost for both types of diabetes in the U.S. is $245 billion. Most of that — $176 billion — was from average medical costs while the other $69 billion came from indirect costs like the inability to work.

That's compared with the U.K., whose Cost of Diabetes report released the same year reported about $14.5 billion of estimated medical costs to cover 3.8 million Brits living with diabetes.

Medical News Today reports women in the U.S. with Type 2 diabetes have a 50 percent lower chance of gaining employment or keeping their jobs compared with men. Women also lose $21,392 in income yearly, making it the "highest annual income loss worldwide."

Despite the U.S. being the most expensive place to have diabetes, the study found the disease is more devastating for people living in poorer countries.

The study's lead researcher said in a press release, "In high income countries the burden often affects government or public health insurance budgets while in poorer countries a large part of the burden falls on the person with diabetes and their family due to a very limited health insurance coverage."

This is problematic because two-thirds of the diabetes cases now being diagnosed are from countries with lower incomes like Mexico, India and Egypt.

And the number of people with diabetes worldwide is expected to jump to 592 million people by the year 2035.