The U.S. Army Ranger School Is Officially Open To Women 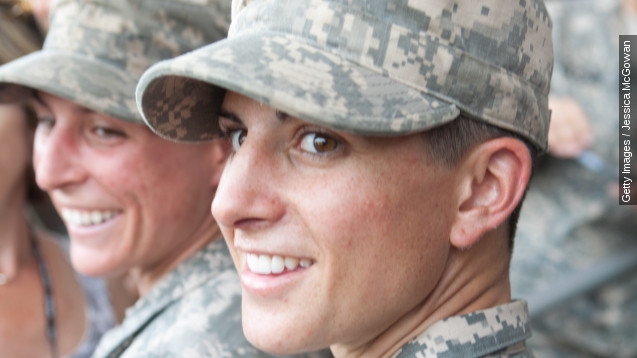 The U.S. Army is letting any qualified soldier join its elite Ranger School, no matter their gender. (Video via U.S. Army)

The announcement comes just weeks after two women became the first to graduate the school's difficult leadership course. This proved women can conquer the grueling 61-day course, which tests your mental and physical strength and endurance.

"To the other females who plan on coming, I hope that they come with a strong mind, cause that's what it takes through here," said Lt. Shaye Haver on CNN.

Secretary of the Army John McHugh said in a statement, "We must ensure that this training opportunity is available to all soldiers who are qualified and capable, and we continue to look for ways to select, train and retain the best soldiers to meet our nation's needs."

The decision is an effort to expand opportunities for women in the military, and it comes at a time when military branches are due to explain why some jobs should remain closed to women. It's a condition former Defense Secretary Leon Panetta announced when he lifted the ban on women in combat roles back in 2013.

"We are moving forward with a plan to eliminate all unnecessary gender based barriers to service. Positions will be opened to women following service reviews," said Leon Panetta, former-Defense Secretary on C-SPAN.

To be clear, women are still unable to join a Ranger Regiment, but the Ranger Tab, which they earn by completing the course, can potentially allow them to advance in rank much faster.

The Army is expected to give Defense Secretary Ashton Carter a detailed report explaining why women should not be able to join a Ranger Regiment on October 1st. (Video via PBS NewsHour)