The US And Iran Are Still Far From Friends 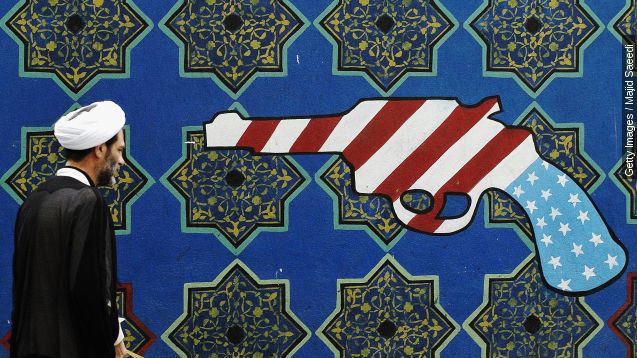 SMS
The US And Iran Are Still Far From Friends
By Jake Godin
By Jake Godin
July 18, 2015
Although Iran's supreme leader is still open to the nuclear deal, he has no interest in policy changes. That's not going to help Iran-U.S. relations.
SHOW TRANSCRIPT

Iran’s supreme leader is behind the Iran nuclear deal.

But that doesn't mean Iran’s policy on the U.S. will change.

During an end of Ramadan address, Ayatollah Ali Khamenei said, "Even after this deal our policy towards the arrogant U.S. will not change."

"Whether this agreement is approved or not, we will not stop supporting our regional friends. We will always support the oppressed Palestinian nation, Yemen, the Syrian government and people, Iraq, and oppressed Bahraini people, and also the honest fighters of Lebanon and Palestine."

"We have not, and I don't anticipate anytime in the near future, restored normal diplomatic relations with Iran," Obama said.

Some criticized the deal for lifting weapons embargoes.

"It blows my mind that the administration would agree to lift the arms and missile bans," said House Speaker John Boehner.

But nuclear accord was not about getting Iran to halt its proxy wars in the Middle East. (Video via European Commission)

Obama told reporters, "It achieves our top priority, making sure that Iran does not get a nuclear weapons."

The policies of the U.S. and Iran are still very much at odds in the Middle East.

This video includes an image from Getty Images and Khamenei.ir and music from Suplington / CC BY NC SA 3.0.