The Twitter Heart May Be The First Of Many New Emojis 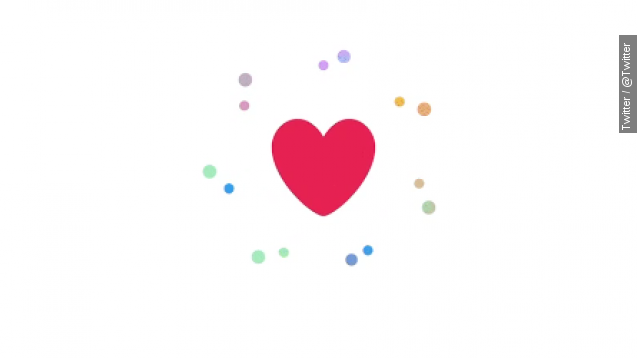 SMS
The Twitter Heart May Be The First Of Many New Emojis
By Katie Link
By Katie Link
November 16, 2015
If you've been on the Internet lately, you know that Twitter recently swapped its star button for a heart. Well, more emojis could be coming soon.
SHOW TRANSCRIPT

Remember a couple weeks ago when Twitter switched its star button to a heart button and everyone freaked out? Well there could be more emojis where that came from.

One Twitter user discovered he could select lots of different emojis by hovering over the heart button. We're talking a frowny face, the 100 sign, a sleepy face and more.

According to The Verge, those emojis were accessed through a jailbroken version of the Twitter app and are part of a developer build. So we probably won't see them pop up in our regular Twitter feeds overnight.

This could be the latest in a string of efforts to boost Twitter's usability. The company hired back co-founder Jack Dorsey to take over as CEO and introduced a new product called Moments. (Video via Twitter)

The Moments feature basically organizes the day's best and most talked about topics and puts them all in one spot. Execs hoped it might attract new users and boost the company's slumping stocks. (Video via Twitter)

So how could a handful of new emoji options help save the company?

Well, if we backtrack to the star versus heart debacle, Twitter said it made the change so users could convey more emotions. Earlier this month, a product manager wrote in a blog post: "We want to make Twitter easier and more rewarding to use, and we know that at times the star could be confusing, especially to newcomers. You might like a lot of things, but not everything can be your favorite."

We're not exactly sure what emotion is expressed through those beer mugs, but we have to admit, some days that's more fitting than a heart.