The Twin Twist Is Finally Revealed On 'Big Brother' 17 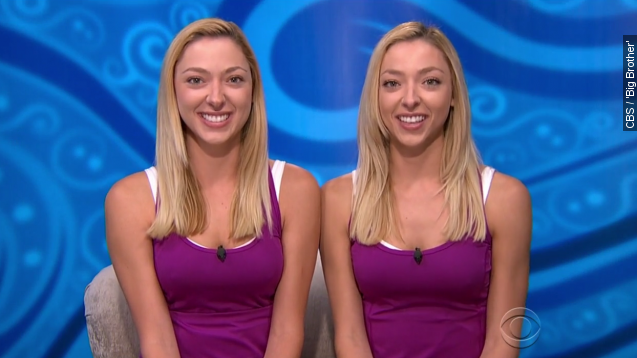 History was made on Thursday's episode of "Big Brother" when the two players behind the Twin Twist were revealed to the audience. So, did you guess right?

"As Liz and her identical twin, Julia, cast a single vote to evict. Hello there!" said Julie Chen on "Big Brother."

"We vote to evict Jace!" said the twins.

Well, as a writer with Cinema Blend put it, "was anyone really that surprised?"

Because, unless you’ve been hiding under a rock, you probably know fans have suspected Liz and Julia as the twins in question since the very beginning.

But it’s not that simple. As Inquisitr notes, Liz and Julia were one of three known pairs of twins currently in the house, including Jeff and Shelli.

So, if Liz and Julia can make it through another four eviction votes, then both of them will be able to both enter the house and play as individuals.

And it looks like they have the support of the fans — several even tweeted about how funny and beautiful they are.

Well, one thing's for sure — they're definitely a great source of drama. Liz and Julie have already switched places five times this season, including this live eviction vote. Whoa.

We're definitely getting some "Parent Trap" vibes here. All they need now is an awesome handshake, amirite? (Video via Buena Vista Pictures / "The Parent Trap")