The Truth Is In Here: CIA Organizes UFO Files For 'The X-Files' Reboot 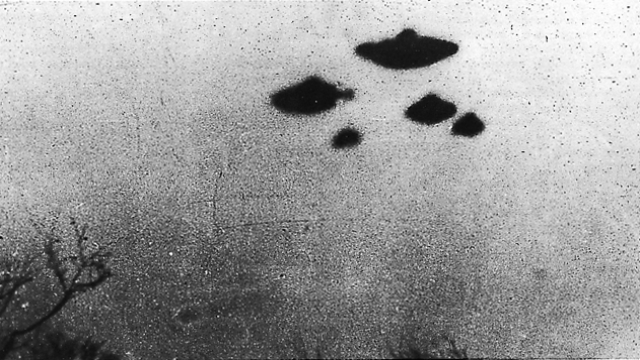 SMS
The Truth Is In Here: CIA Organizes UFO Files For 'The X-Files' Reboot
By Grant Suneson
By Grant Suneson
January 28, 2016
In honor of the return of "The X-Files," the Central Intelligence Agency organized a list of declassified reports related to UFOs and flying saucers.
SHOW TRANSCRIPT

Just in time to coincide with the return of the hit sci-fi show "The X-Files," the CIA organized some declassified reports on UFOs stretching across six decades.

The CIA even made some handy reading lists of the top five articles for true believers like agent Fox Mulder and skeptics like agent Dana Scully.

Many of the reports dismissed potential UFO sightings as unlikely, since no evidence was presented.

A 1953 scientific advisory panel stated that it would be “a great waste of effort to try to solve most of the sightings,” since most had simple explanations. Mulder would probably find that highly suspect.

But some of the sightings were so mysterious that the government simply couldn’t come up with an explanation, making us wonder if the truth really is out there.

Reports from places like northern Africa, Spain and Germany all had eerie amounts of detail, while other witnesses were able to snap photos of what appear to be flying saucers.

So real or fake, the CIA has provided us with some wisdom on what to do if we really do encounter a UFO. The advice? Establish a group to help you investigate, consult with experts and discourage false reporting.