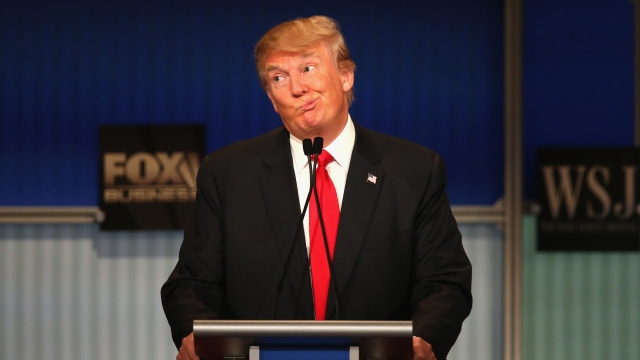 It seems Donald Trump's attempt to begin seriously fundraising for the general election might cost him a violation from the Federal Election Commission. The Campaign Legal Center, an election watchdog group, has filed a complaint against the Trump campaign for soliciting money from foreign officials.

In a statement, the group's deputy executive director said, "It is a no-brainer that it violates the law to send fundraising emails to members of a foreign government on their official foreign government email accounts, and yet, that's exactly what Trump has done repeatedly."

Federal law is pretty explicit on accepting or even asking for money from foreign nationals. And there seems to be a lot of evidence to back up the group's claims.

Politicians from the U.K. have complained about Trump's campaign sending them emails asking for money. So much so that the House of Commons is working on finding a way to block the emails from coming in.

If true, this could be Trump's attempt to capitalize on the recent anti-establishment sentiment that propelled the U.K. to vote to leave the EU. Trump recently praised the decision during his trip to Scotland.

It's hard to tell if this was an accident or if the Trump campaign was really hoping to get its hands on some foreign campaign money. Either way, the campaign is under more pressure to start taking fundraising seriously; a recent FEC filing revealed Trump is trailing his Democratic rival Hillary Clinton by tens of millions of dollars.