The Trailer Is Out There: Fox Teases New 'X-Files' Reboot 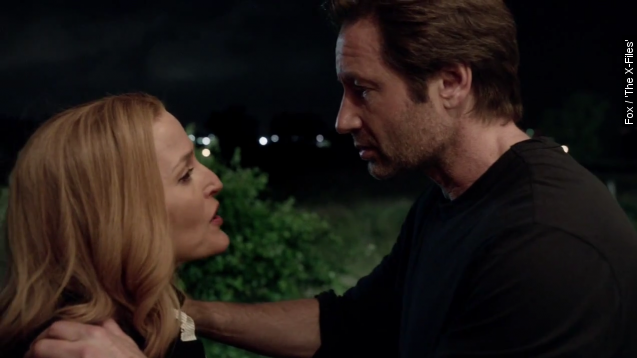 SMS
The Trailer Is Out There: Fox Teases New 'X-Files' Reboot
By Grant Suneson
By Grant Suneson
September 30, 2015
Fox dropped the first trailer for its "X-Files" reboot, revealing some new faces and plenty of familiar ones for the six-episode run.
SHOW TRANSCRIPT

And Earth is once again facing the threat of annihilation.

“Driven by a well oiled, well armed and multi-national group of elites using alien technology the government’s been hiding for 70 years.” (Video via Fox / "The X-Files")

That voice belongs to Joel McHale. A quick peek at the series’ IMDB page tells us he’s playing true believer Tad O’Malley for all six episodes of the series.

He’ll be joined by fellow funnymen Kumail Nanjiani and Rhys Darby for an episode.

But fans of the original series can expect to see plenty of familiar faces, including FBI assistant director Walter Skinner and the mysterious Smoking Man.

Series creator Chris Carter is excited to revive the classic TV show. “The good news is the world has only gotten that much stranger, a perfect time to tell these six stories.”

Details on the reboot have been scarce, but it’s a safe bet Mulder and Scully will once again square off against the shadowy Syndicate to try and save the world from extraterrestrial invaders.