The Top 3 Silliest Disputes Of The Week 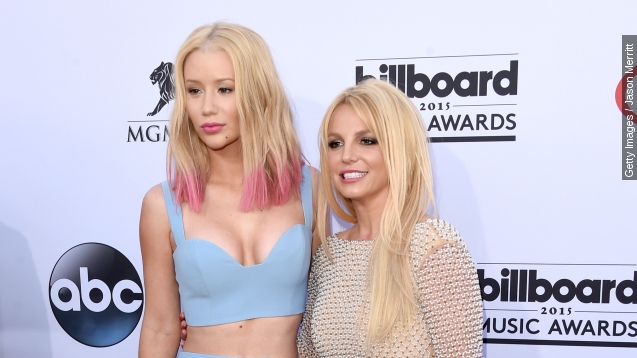 SMS
The Top 3 Silliest Disputes Of The Week
By Katherine Biek
By Katherine Biek
July 4, 2015
The top 3 silliest arguments of the week concerned back-and-forths between singers, loading the dishwasher and whether to put peas in guacamole.
SHOW TRANSCRIPT

People argue over things all the time. And oftentimes, the positions on either side are sound and deserve the media attention they receive. But other times, there are disputes that are just downright silly. This week's big arguments just happened to be on the more absurd side of things.

First, we'd be remiss if we didn't touch on the so-called feud between Iggy Azalea and Britney Spears on Twitter.

It all started after Azalea seemed to indicate that the reason their song "Pretty Girls" didn't do spectacular on the billboard charts was because it wasn't promoted heavily. Some then said she threw Spears under the bus by tweeting, "unfortunately I'm just featured..."

Spears, who is the lead artist on the "Pretty Girls" track, then tweeted, "So thankful I have shows for the rest of the year to look forward to..."

Many speculated this was a dig at the Australian hip-hop star who, back in May, canceled her Great Escape Tour.

We should point out that Azalea later recanted on social media, saying she wasn't putting the blame on Spears.

Next up, differences of opinion on how to properly load a dishwasher caused quite a stir. (Video via Sears)

"Definitely have to rearrange things when he does it. It's double the work," Stephanie Drago told ABC about her husband Patrick.

Probably the most important part of this debate: Should you pre-rinse the dishes before they go in the washer?

So The Wall Street Journal looked to several appliance and detergent companies and discovered that — wait for it — pre-rinsing is not necessary.

The publication also consulted Martha Stewart who advised against putting china, nonstick pans and knives in the dishwasher. We're guessing "the 17 dishwashers inside 21 kitchens across her properties" makes her sort of an expert.

And finally, chaos struck after The New York Times posted a recipe for guacamole that used sweet peas alongside the avocado.

While some outlets seemed to take the idea of guacamole with peas in stride, others, like Jezebel, were extremely against the suggestion.