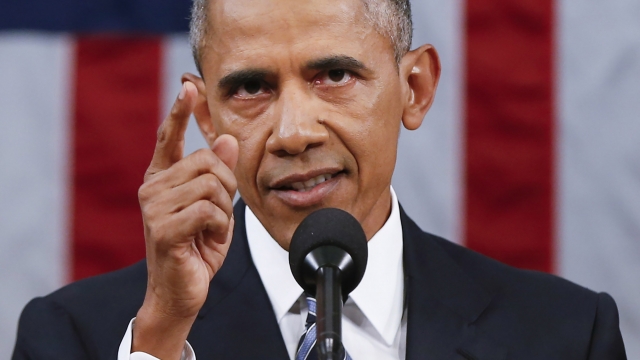 SMS
The Timing Of Obama's Argentina Visit Made A Lot Of People Angry
By Karen Rodriguez
By Karen Rodriguez
March 24, 2016
On the 40th anniversary of Argentina's 1976 military coup, thousands marched in protest during President Barack Obama's visit to the country.
SHOW TRANSCRIPT

In Buenos Aires, thousands protested President Barack Obama's visit to Argentina on the 40th anniversary of the country's 1976 military coup.

"Obama's visit is a reason for all Argentine people and all human rights organizations to march together, regardless of their differences, to reject Obama's presence," said a member of the Patria Grande movement.

"Every time that they have reestablished relations with these people, our country has suffered the consequences. So that is why we don't believe anything that they say," one of the organizers of the protest told RT.

But the protests aren't necessarily directed at Obama.

Argentines are mostly wary of the mere presence of the U.S. in their country, especially since the visit coincides with the anniversary of the coup.

One activist told the Guardian, "It's a provocation, it's our date."

The disapproval largely stems from reports accusing the U.S. government of aiding Argentine generals while the regime violated the human rights of an estimated 30,000 people.

Documents released in 2002 and 2003 revealed then-Secretary of State Henry Kissinger and other high-ranking U.S. officials supported the coup and were aware of the violations.

Obama reaffirmed in a press conference Wednesday he will declassify military and intelligence documents related to the coup.

"We are absolutely determined to do our part as Argentina continues to heal and move forward as one nation. And I hope this gesture also helps to rebuild trust that may have been lost," Obama said.

This video includes clips from TeleSur, The White House, Casa Rosada,TN Urgente, RT and HispanTV, and music from MADS / CC BY 3.0.