Is The Ted Cruz–John Kasich Partnership Working In Indiana? Maybe 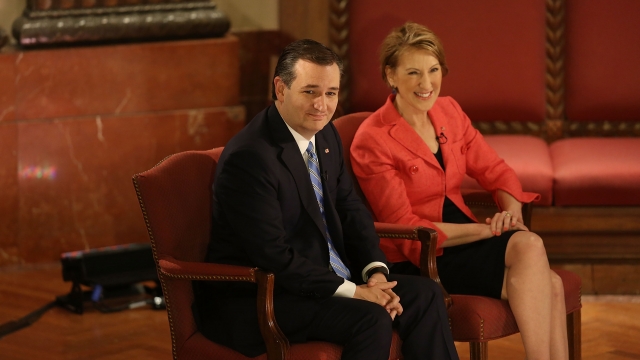 SMS
Is The Ted Cruz–John Kasich Partnership Working In Indiana? Maybe
By Ryan Biek
By Ryan Biek
May 1, 2016
Cruz's chances of winning Indiana's primary depend on which poll you read.
SHOW TRANSCRIPT

Is the Ted Cruz-John Kasich partnership against GOP front-runner Donald Trump working in the race for the Republican nomination? It depends on the poll.

But a different poll by The Wall Street Journal, NBC and the Marist Institute for Public Opinion has Trump holding almost that exact same commanding lead over Cruz.

The Texas senator agreed to work together with fellow GOP candidate John Kasich in three states, including Indiana.

Kasich is not actively campaigning in Indiana, though he did say he's not telling his supporters to vote for Cruz over him.

Analysts predict a win by Cruz in Indiana could keep Trump from winning a majority of delegates before the Republican National Convention. Even Cruz has said the state is his last stand.

This video includes clips from WRTV and the Indianapolis Star and images from Getty Images.