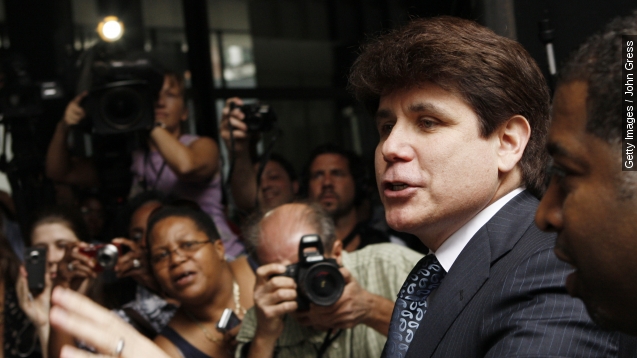 Rod Blagojevich has manged to fight some of his corruption convictions, but if he wants to overturn any more, he'll have to go to the Supreme Court.

And that's the plan. After a federal court denied Blagojevich's appeal Wednesday, his wife Patti and his lawyer Leonard Goodman said they plan to take the case to the nation's highest court. (Video via CNN)

The former governor was sentenced to 14 years in prison in 2011 after he was convicted of trying to sell Barack Obama's Senate seat, among other charges. Ever since, he and his family have painted the whole trial as unfair.  (Video via CBS)

"This is pure politics. What he did was try to raise campaign cash, which is his job as governor," Goodman said.

The same court threw out five of Blagojevich's convictions in July and vacated his sentence. But that left 13 counts in place and a new sentence could be set soon, meaning he may not be any closer to getting out of prison. (Video via WLS-TV)

If the case does go to the Supreme Court, the defense's argument seems to be that flawed instructions were given to the jury, and that by allowing those instructions to stand, the court essentially made it easier to convict politicians for normal fundraising. (Video via C-SPAN)