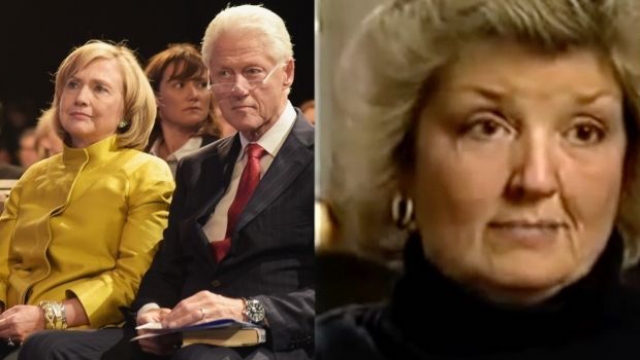 During the second presidential debate, Donald Trump said: "Mine are words. His was action. Bill Clinton was abusive to women. Hillary Clinton attacked those same women, and attacked them viciously. Four of them are here tonight."

Trump was talking about the women his campaign brought to the second presidential debate. And they appeared with him in a press conference just about an hour before.

One of them is Juanita Broaddrick. She worked on Bill Clinton's gubernatorial campaign in Arkansas and says he raped her in a hotel room in '78.

Broaddrick says an interaction with Hillary Clinton weeks after the alleged rape convinced her Clinton knew and was thanking her for keeping quiet.

"She said, 'I just want you to know how much that Bill and I appreciate what you do for him.' ... Took ahold of my hand and squeezed it and said, 'Do you understand everything that you do?'" Broaddrick told Sean Hannity.

Broaddrick's story has been used as proof by anti-Hillary Clinton camps that the presidential nominee is an enabler of sexual assault.

And it's been brought up on the campaign trail by voters.

"Well, I would say that everybody should be believed at first until they are disbelieved on evidence," Clinton answered.

Bill Clinton has denied the alleged assault and has never been charged.