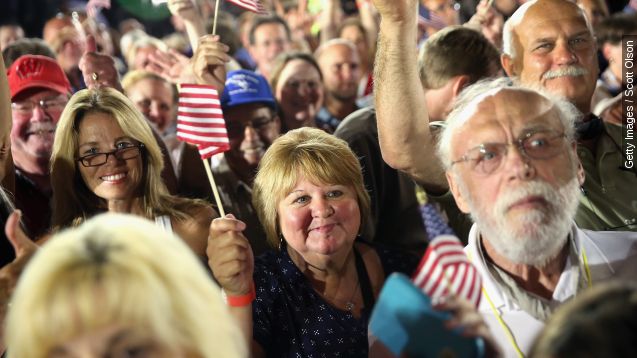 The 2016 election might be over 400 days away, but the campaigns for the White House are in full swing. Here's a look at which states are bankrolling those campaigns. (Video via Perry For President, Cruz For President, Office of Sen. Bernie Sanders, O'Malley For President)

InsideGov also broke down the contributions by political party. The results weren't terribly surprising. The website found that residents in Wyoming — a reliably red state — consistently donated to Republicans. And in the Democratic stronghold of Vermont, 8 percent of the state's donations went to GOP candidates.

The 2016 race for the White House is on track to be the most expensive in U.S. history. Hillary Clinton leads the pack when it comes to campaign contributions, but when outside spending is factored in, Jeb Bush posts the biggest numbers. (Video via Hillary for America, Right to Rise)