The 'Space City' Might Have More People Than Chicago In 2030 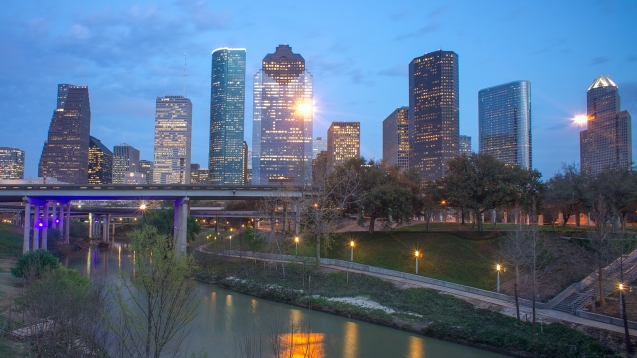 SMS
The 'Space City' Might Have More People Than Chicago In 2030
By Eugene Daniels
By Eugene Daniels
September 13, 2015
Experts say Houston will pass Chicago as the third most populated U.S. city. What's behind the Texas city's population boom?
SHOW TRANSCRIPT

The city that brought you Beyonce and Jim Parsons will soon pass Chicago as the third most populated city in the U.S.

A report by the Kinder Institute for Urban Research says if both Houston and Chicago keep growing at current rates, the shake-up is inevitable. In 2014, Houston added 36,000 new residents, dwarfing Chicago's 82 new additions.

But why are so many people flocking to Houston? Well, it's likely a couple of things: specifically, land and economy. (Video via Expedia)

According to researchers, Houston simply has more available land.

One researcher told the Kinder Institute, Houston is "attracting growth because [it has] the land area." So basically, landlocked cities like Chicago can only grow vertically, hurting population growth.

As for their economies: In 2014, Houston's job growth was 3.5 percent compared to the Windy City's 1.5 percent. According to Forbes, Houston can thank its growth in energy and manufacturing for those extra jobs. (Video via Booking Hunter TV)

Researchers estimate Houston will move from fourth to third in 2030.