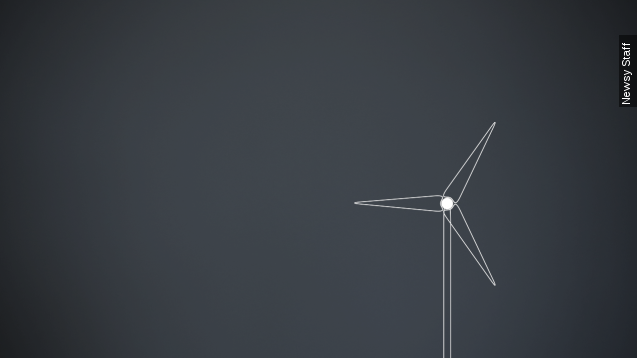 SMS
The Slow Rise Of America's Renewable Energy Market
By Evan Thomas
By Evan Thomas
October 7, 2015
Renewable energy is gaining steam in the oil-thirsty U.S. market, but green tech has hurdles to clear before it can take a bigger slice of the pie.
SHOW TRANSCRIPT

By the numbers, the United States still runs on oil. But renewable energy in the U.S. is doing better than ever.

Excluding the biomass category, which lumps together wood and biofuels (like ethanol), hydroelectric installations led U.S. renewable energy generation with 26 percent of the total. Wind accounted for 18 percent; solar, 4 percent; and geothermal, 2 percent.

Overall renewable use is expected to increase by more than 30 percent through 2040.

Estimates from the Energy Information Administration show wind power will take the top spot from hydro by 2038. Solar, geothermal and biomass are expected to increase at a higher rate than wind through 2040.

We're already seeing signs of early progress: 84 percent of new generation capacity added to the national grid in the first quarter of 2015 was renewable.

A goal is grid parity: the point at which the cost of a given renewable source is less than or equal to that of traditional coal costs. This also accounts for hardware installation and maintenance costs, not just the cost of the energy it generates. (Video via BrightSource)

Economies of scale apply as readily to the renewable energy industry as to any other. Prices for wind and solar infrastructure — and even electric vehicle costs — are falling as capacity increases.

In the solar panel field, there's a special name for it: Swanson's law, or the Swanson effect. For every doubling of shipped photovoltaic capacity, price drops by 20 percent.

And according to some analysts looking at certain markets, wind and solar are starting to "win on price" versus conventional fuels.

And starting costs are just part of the larger puzzle of sustainable renewable energy.

Another is dispatchability, or how easy it is to turn an energy source on and off when needed. Most renewables aren't as reliable as coal or natural gas because they aren't dispatchable.

Solar power only works when the sun is up, and its efficiency can be limited by cloudy or hazy days. Wind power requires wind. Hydro can depend on seasonal precipitation to refill reservoirs.

Geothermal energy is one of the few dispatchable renewables and actually one of the most efficient and cost-effective energy sources around, according to the Energy Information Administration.

But it's highly dependent on location and still expensive because it hasn't scaled up to the extent solar or wind has.

At the same time, scale itself can be an issue: Some technologies are already pushing the limits of our engineering.

One Ars Technica investigation found wind turbine blades can only be so large before they risk gravity pulling them apart. And the towers must be thin enough to fit under highway overpasses during transport; if they're too tall, it's hard to install generators on top of them. (Video via General Electric)

And for all the emissions they don't represent, renewable installations nonetheless pose some unique environmental concerns.

And studies have shown geothermal wells can trigger earthquakes as they extract and replace hot water.

"America is No. 1 in wind power. Every three weeks, we bring online as much solar power as we did in all of 2008," President Obama said during the 2015 State of the Union address. (Video via C-SPAN)

Sustainable energy has been a talking point in a number of elections, but progress on renewable policy, on both the national and local scales, has been a mixed bag.

It seems for every initiative to train a new workforce — like this April plan from the White House to prepare some 75,000 people for jobs specifically in the solar industry by 2020, There’s a Solyndra that takes more than half a billion dollars in federal loans before sliding into bankruptcy. (Video via The White House, Fox News)

Meanwhile, entrenched energy businesses have pushed back against renewables for years with state-level surcharge legislation.

"Eleven of the bills seek to amend state laws that allow homeowners with solar panels to sell excess electricity back into the grid," reported Democracy Now's Nermeen Shaikh. (Video via Democracy Now!)

Some utilities cite worries that solar users are not paying enough of the utility infrastructure fees. (Video via Wagner Solar)

In the meantime, the corporate sector is generating its own momentum.

Google alone has sunk more than $1 billion into various renewable energy projects and uses them to help power its campuses and data centers. (Video via Google)

And Tesla seems to have successfully commercialized the giant battery. Its solar-charged Powerwall could make day-to-day energy manageable on an individual scale, and its utility-sized versions could do the same for existing energy vendors. (Video via Tesla Motors)

"We have this handy fusion reactor in the sky called the sun. We don’t have to do anything. It just works," Elon Musk said at the Powerwall debut event. (Video via Tesla Motors)

It helps that Tesla has made the tech comparatively cheap: Powerwalls start at $3,000, which stings a lot less than the $20,000 some analysts were expecting.

But it's evidence that renewables are on the way. Scale is increasing, and prices are falling. In the decade before 2014, average solar installation prices dropped some 50 percent. (Video via Bloomberg)

And costs keep trending downward. U.S. residents can claim a 30 percent federal tax credit on qualifying solar installations, for example — at least through the end of 2016.